This is a well known example of hybrid incompatibility. Maselko et al. describe a specifically different but conceptually similar system.

There is an ever-increasing interest in manipulating natural populations using genetic approaches including the use of Sterile Insect Technology (SIT), SIT-like synthetic conditional lethals, underdominance and gene drive.

Introduction of the synthetic transcription factor into a wild-type genetic background will result in lethality.

The authors demonstrate the feasibility of this system in yeast using actin as the target gene for over/mis-expression.

What is this synthetic incompatibility good for, potentially a number of things.

Developing strong synthetic gene drive systems in the laboratory has led to some concerns about the effects of their unintentional release. Various forms of physical or environmental containment could go a long way to mitigating risks but where this is less feasible genetic incompatability could be an excellent additional measure. 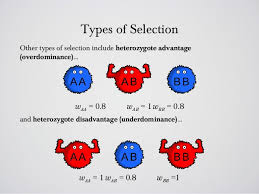 The hybrid incompatibility system created by Maselko et al. has the genetic characteristics of a strong underdominance system.

Clever ways to enable the conditional removal of the incompatibility genetic cassette would enable deployment of the once experimental gene drive system into a target population.

This is an interesting concept and further shows the seemingly limitless possible uses of RNA-guided DNA endonuclease systems.