elease of emails obtained through the Freedom of Information Act reflecting some of the efforts of scientists to work together for the purposes of injecting as much science, data and rational thought into the CBD’s mechanisms for registering input as possible.

That scientists would organize themselves to make sure their voices, scientific data and rational analysis are part of the conversation/debate concerning the fate of gene drive research seems unremarkable but conspiracy theories have been hatched about this coordinated effort and the media have seized on them.

Briefly, the CBD convenes the Convention of the Parties (COP) every 2 years and in 2016 there was an effort by a consortium of groups that generally have negative views about biotechnology to have the CBD call for a complete moratorium on all gene drive research.  A rapid and somewhat disorganized response by researchers in the form of a letter arguing that such a moratorium was not only unwarranted but counterproductive and would prevent the concerns of the moratorium-seekers to be studied, helped (presumably) to move the CBD away from a call for a research moratorium.

The CBD will convene the COP again in 2018 and synthetic gene drive research will be part of the discussions.  During the summer of 2017 the CBD organized and moderated an online forum on synthetic biology that included synthetic gene drive research.  Online forums are the CBD’s mechanisms for gathering input on topics and that body of comments, opinions etc are used by the CBD to guide its efforts to position itself with respect to various issues. 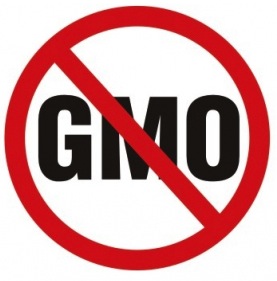 The concerted efforts of anti-biotechnology groups in drafting a resolution for a research moratorium on gene drive in 2016 were sure to be refocused on the CBD forum on synthetic biology during the summer of 2017.  The organized anti-science and in some cases irrational attitudes focused on gene drive research needed to be countered and a network of scientists was assembled – as reflected in the emails recently made public – that registered to participate in CBD’s synthetic biology forums of 2017, monitored the discussions on those forums very closely and contributed when appropriate.  Interestingly, the concerns of scientists working on synthetic gene drives and the groups advocating for a cessation of gene drive research are very similar.  The response to those concerns is what separates these opposing sides.

There was nothing untoward about the actions of the scientists involved (including the author of this post) but conspiracy theories involving the dark intents of the US Department of Defense and the Bill and Melinda Gates Foundation now abound, originating from the same consortium of groups who called for the cessation of all gene drive, and gene drive-related research at COP 2016 and who will do so again at COP 2018.

Here are a number of links to various pieces in the media that will give a sense of the tenor of the responses to scientists daring to organize themselves, employ facilitators to help them with those efforts and then participate in the CBD’s open process for information gathering and decision-making.

Is there really a covert manipulation of UN discussions about regulating gene drives?12/12/2017