Venera Tyukmaeva, Ph.D. is a Postdoctoral researcher at the University of Jyväskylä, Jyväskylä, Central Finland Finland . She has broad interests in understanding different aspects of speciation and adaptation and is investigating the Drosophila virilis group, where she incorporates different evolutionary genetics and genomics techniques to investigate life-histories and mating behaviour of this species.
MORE ABOUT THE AUTHOR

Nishimasu et al. (2018) recently reported in Science on their finds related to a new SpCas9 modification referred as SpCas9-NG that has an expanded target range. The authors directionally mutated the wild-type SpCas9 enzyme to achieve its relaxed preferences to the third nucleotide of the PAM site. The new SpCas9-NG showed efficient cleavage of NGN targets, though with a relatively slow cleavage speed.

CRISPR enzymes are now an essential component of researcher’s gene-editing toolbox, and currently, SpCas9 represents the most common choice for gene editing projects. For efficient DNA cleavage at the locus of interest, SpCas9 requires a PAM, a short NGG-containing sequence adjacent to the cleavage site. However, there are various limitations for utilizing NGG sequence as the PAM site which can significantly restrict options for cleavage sites at the targetable genomic loci, therefore a development of new better CRISPR enzymes continues.

The Protospacer Adjacent Motif (PAM), while not part of the guide RNA, is essential for Cas9 interactions with a target site. NGG is a common motif but will not allow all gene editing objectives to be met with Cas9. Image credit: From IDT’s useful resource library. https://www.idtdna.com/

Nishimasu and colleagues were not the first to produce variants of SpCas9 used in gene modifications. In 2015 Kleinstiver et al reported engineered VQR and VRER variants of Cas9 which recognize the NGA and NGCG PAMs, respectively. Besides, a range of Cas9 and Cas12a (also known as Cpf1) enzymes with distinct PAM specificities, including recently reported xCas9, diversified possible genome targeted sites. The authors report that in activity assays new SpCas9-NG was less active than wild-type SpCas9 and SaCas9, though its cleavage activity was comparable to As-Cas12a and LbCas12a.

A remarkable result came out from in vitro cleavage activity comparison of SpCas9-NG and xCas9, another enzyme engineered to recognize the same relaxed NG PAM sites. At lower concentrations, xCas9 cleaved the TGG targets with a lower efficiency than SpCas9-NG, and showed almost no activities toward other (TGA, TGT and TGC) targets. And at a higher concentration, xCas9 cleaved all these targets, but at a slower speed than SpCas9-NG. Furthermore, SpCas9-NG outperformed xCas9 in comparison of indel formation in mammalian cells where SpCas9-NG showed higher editing efficiency at all the sites. 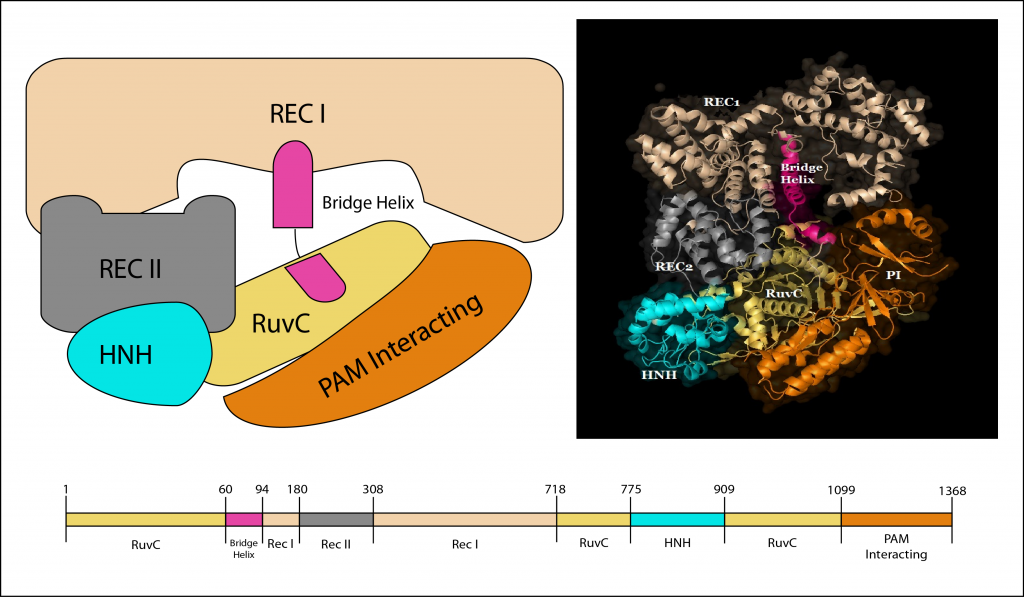 The researchers analyzed specificity of wild-type SpCas9 and new SpCas9-NG in human cells, and found that while SpCas9-NG has a comparable number of off-target sites, the introduction of high-fidelity mutations can improve its performance. Moreover, the authors showed that catalytically inactive version of SpCas9-NG can be used as a base-editing tool in human cells with higher success than xCas9.

While the performance of SpCas9-NG sounds promising, there is a room for improvement of the new enzyme’s activity at various sites. Nevertheless, in future SpCas9-NG can potentially serve as a useful genome-editing tool.