Hostettler et al (2107) report on their use of mNeonGreen in vivo with a comparison to GFP under similar conditions.  The authors found that in C. elegans tissues where expression was low mNeonGreen proved to be more readily detectable and overall the authors found mNeonGreen to be a brighter alternative to imaging cells in vivo.

Branchiostoma lanceolatum is also known as the European Lancelet. It is a cephalochordate and is used to study development. 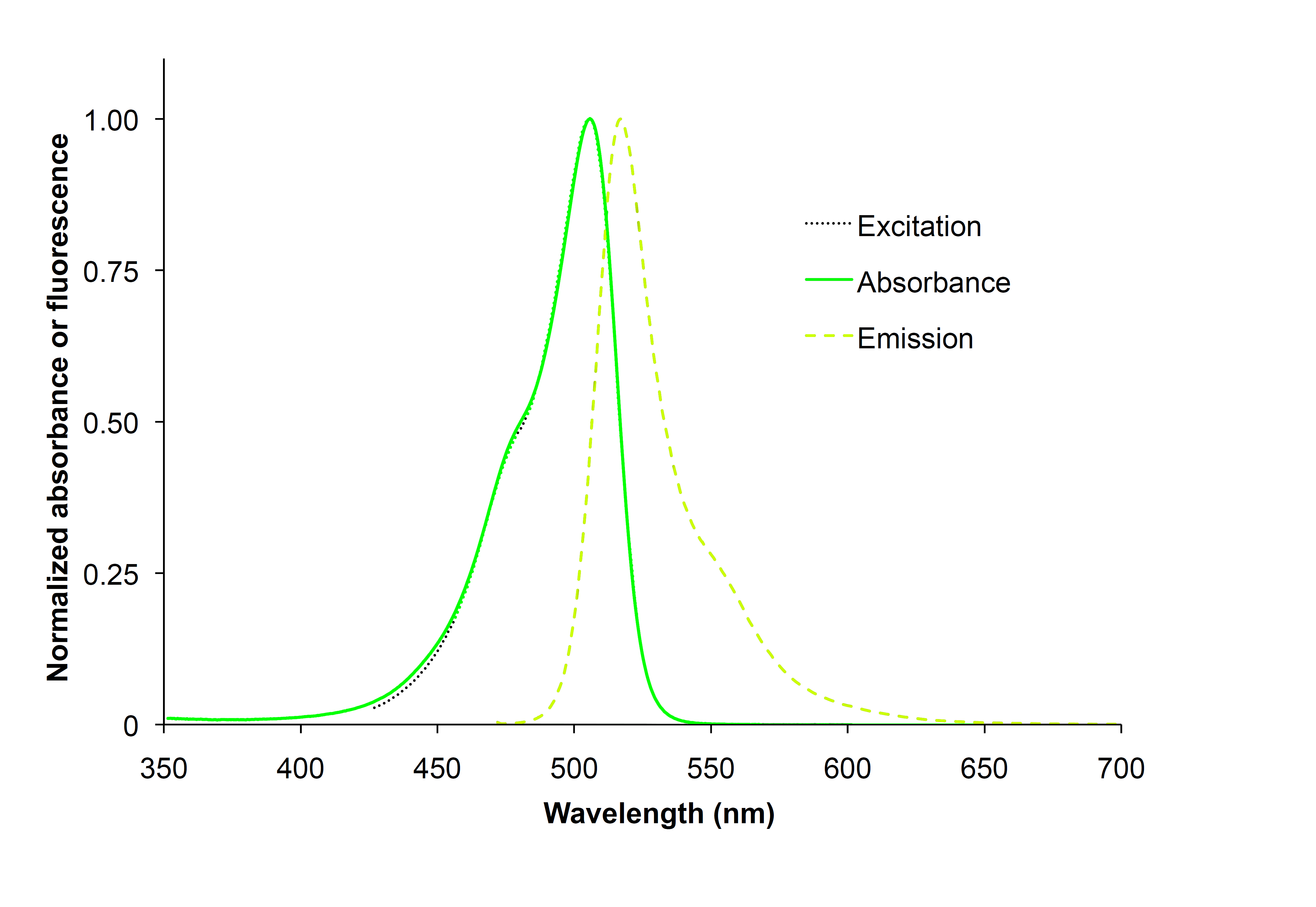 Hostettler et al (2017) performed their experiments in C.elegans and used a codon-optimized version of the protein into which four artificial introns had been added.  Intron addition has been used to enhance expression in C. elegans.

The basic approach of Hostettler et al. was to drive mNeonGreen and GFP with a set of identical promoters with various patterns of tissue specific expression.  They visually compared the intensities of the respective signals.  Signal intensities in vivo were measured and compared with fluorescence intensity consistently higher with mNeonGreen.

This cell image is from Allele Biotech from whom mNeonGreen is available. http://www.allelebiotech.com/mneongreen-1/

The authors also made fusion proteins and found mNeonGreen to be excellent as a tag for protein visualization.

Some of the genes used in this study were known to be problematic and had failed to work with GFP in other studies.  mNeonGreen enabled their expression to be visually detected in vivo.

The need for good, sensitive markers is ongoing and mNeonGreen appears to be quite useful and worth considering in insects.