miRNA are small non-coding RNA (usually 19-24 nucleotide long) molecules known to regulate expression of gene/s post-transcriptionally. miRNA are well conserved molecules and they are found in plants, animals and some viruses. miRNA recognizes and binds to the target mRNA based on the sequence similarity, followed by disruption of the targeted mRNA resulting in gene silencing (fig1). 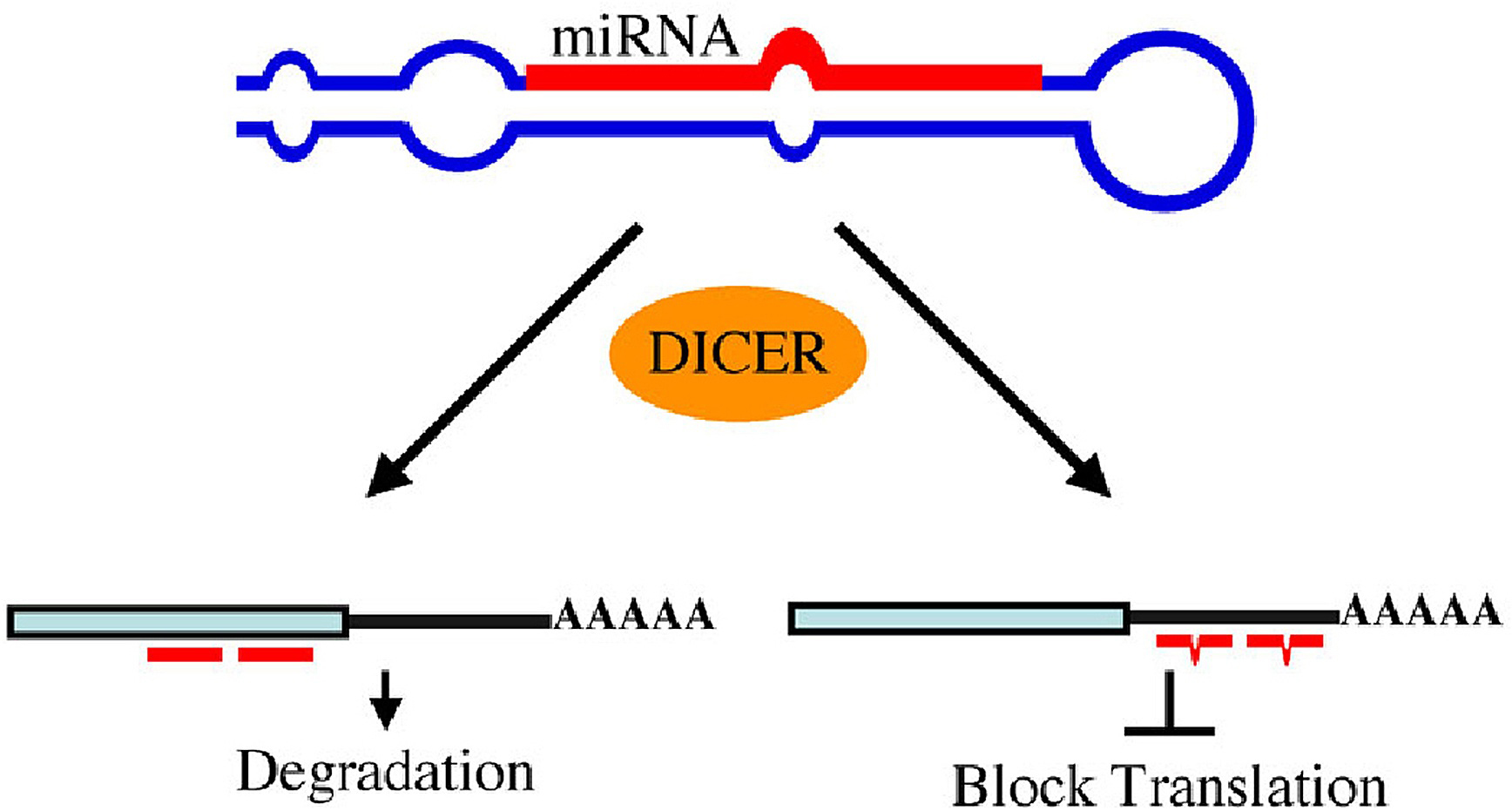 The authors used Solanum lycopersicon (Sly-miR-159) pre-miRNA as a backbone to modify and generate the artificial miRNA-24 (amiR-24) which targets H. armigera chitinase. The mutated amiR-24C, which has reduced binding efficiency was also generated to use as control. The chemically synthesized amiRs were cloned into an expression vector and agro-transformed into tobacco plants. Transgenic plants accumulating amiR-24 and amiR-24C and their corresponding transcripts  in highest levels were selected for the insect feeding experiments. H. armigera larvae fed on such transgenic plants were found to have reduced accumulation of chitinase transcripts, reduced growth and experience up to 50% mortality.

Popularity of RNAi technology to control insect pests has been accumulating rapidly. Transgenic plants expressing dsRNA for specific target genes is a common approach, however Agrawal et al 2015 demonstrates an additional and effective strategy by overexpressing the miRNA, which regulates the vital insect pest gene. Validation of new and previously identified miRNAs, to use as insecticidal miRNAs in other insect pest species, is warranted. Since single miRNA may regulated multiple genes, specificity of the miRNA-assisted gene silencing (off-targets), inter species targets and ecological consequences of such approach should be addressed to enhance the potentiality of this technology.