Champer et al have published a review on the topic of engineered gene drives to manipulate wild populations in a recent Nature Reviews Genetics.

Recent attention on Cas9-based gene drive systems has raised the awareness of these types of genetic systems as potential tools for mitigating problems caused by insects of agricultural and public health significance, among other things.

Insect biologists have long appreciated the potential of these systems to serve as tools for insect control and Champer et al provide a broad review of systems considered over the last half century or more of insect science including “homing-based drives”, “sex-linked meiotic drives”, “Medea”, “Underdominance gene drives” and “Heritable microorganisms”. 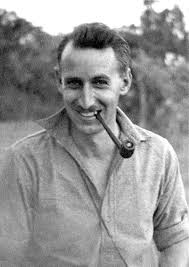 A.F. Vanderplank experimented with underdominance as a way to control tsetse flies.

For example, underdominance systems (negative heterosis), where heterozygotes have lower fitness than homozygotes, were recognized as possible tools for manipulating populations 75 years ago by A. S. Serebrovskii and F. L. Vanderplank.  In one form of this system balanced reciprocal chromosome translocations are used  and there is an interesting history involving Serebrovskii, Vanderplank and others attempting to create workable systems that Champer et al reference.

The authors have nicely illustrated the various systems in ways that enables readers to visualize similarities and differences among the various strategies both in their construction and in their effects on inheritance patterns.

Synthetic homing-based gene drive system based on site specific DNA endonucleases (homing endonucleases, ZFN, TALENS, Cas9). Target sites and homology arms are chosen so that the endonuclease and associated genes (gRNA and other transgenes) are copied into homologous chromosomes.

Homing-based drive systems have garnered considerable attention recently because they can now be assembled fairly readily using engineered endonucleases such as Cas9.  Champer et al. include in their review a useful discussion of the problem of resistance and how this is the “fundamental instability of engineered homing-based systems”.  Briefly, engineered endonucleases in gene drive systems provide site-specific double-strand breaks in chromosomes to stimulate homology directed repair during which the engineered endonuclease and any appropriately linked transgenes are copied into the resulting gap.  But homology directed repair is only one mode of repair triggered by the chromosome break.  Non-homologous end joining is an alternative repair pathway and it is likely that when this occurs it will destroy the original endonuclease target site making it resistant to further digestion by this particular endonuclease, creating a chromosome into which the gene drive system will not be able to ‘invade’.  The presence of “resistant” chromosomes in a population clearly will impose limits on the efficacy of homing based drive systems and is a feature the will require careful attention before systems are used in natural populations.