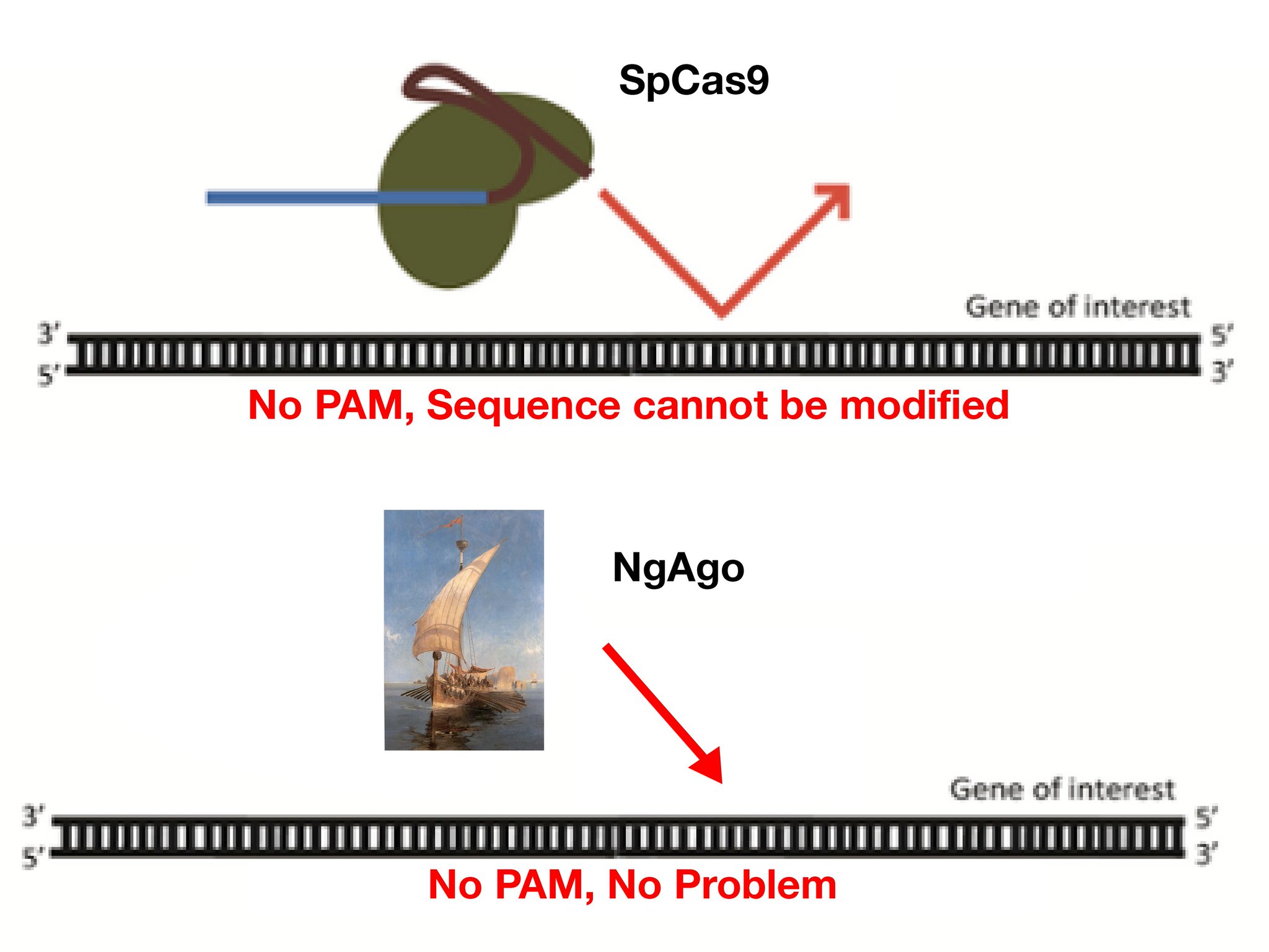 PAM-free editing was a notable feature of the NgAgo system. Image Credit: from an ADDGENE Blog by Mary Gearing. Go here for her blog about NgAgo.

Earlier claims this year by Gao et al. (2016) that a new gene editing system unrelated to Cas9 and based on a DNA-guided Argonaute protein from the haloalkaliphilic archaebacterium Natronobacterium gregoryi, NgAgo, appear now to be unrepeatable despite a sizable concerted effort to do so.

In a recent Correspondence in Nature Biotechnology three different groups report their unsuccessful attempts to repeat the results reported in Gao et al. (2016) using the same reagents and experimental designs.  Sadly, the NgAgo “system” showed no evidence of editing activity under any of the conditions tested.  Too bad.

One might think that our needs for additional gene editing systems are largely satisfied at this point, but while the Cas9 gene editing system is robust and flexible it does have limitations.  Perhaps most constraining are the requirements for a specific protospacer-adjacent motif (PAM); a feature of the system that constrains target selection to a large extent although clever variants with altered PAM requirements enable some of these PAM constraints to be avoided.

What was significant about the original NgAgo report by Gao et al. (2016) was the systems use of a single stranded DNA as a guide and the absence of anything resembling a PAM sequence.  The NgAgo system appeared to represent a system with the tuning resolution of an individual nucleotide.

Not long after the report of this system there were concerns about its reproducibility.  The recent Correspondence by Lee et al. (2016) represents the largest concerted effort to repeat the results originally reported by Gao et al. (2016) .

The three groups involved in these efforts all synthesized the same gDNA sequences and used plasmids provided by Gao et al. (2016). They also attempted to mutagenize the same genes in the same cell lines as was originally reported.  Sadly, there was no evidence for any genome editing under any circumstance.  The original gene editing efficiency using NgAgo was reported to be approximately 20%.

Lee et al (2016) calculate the probability of missing editing events, given the efficiency originally reported, to be on the order of 10-5. 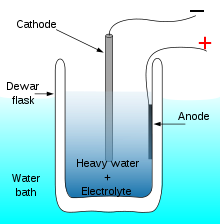 Lee et al (2016) went to great lengths to control for technical aspects of their experimental designs working as expected – transfection efficiencies, gene expression etc. and could find nothing that reduced their expectations of success, based on the original report.

All of this is unfortunate, given the promise of the system.  However it should be stated that at this point the community simply has a very interesting result that cannot be repeated – essentially the genetic equivalent of  ‘cold fusion’.  Until the NgAgo system can be made to work it is not recommended as a genome editing tool.