Chu et al report on in Nature Biotechnology on their creation of an orange fluorescent protein that can be excited using the same wavelengths used to excite GFP, providing new opportunities for conducting multiplexed epifluorescence microscopy studies. 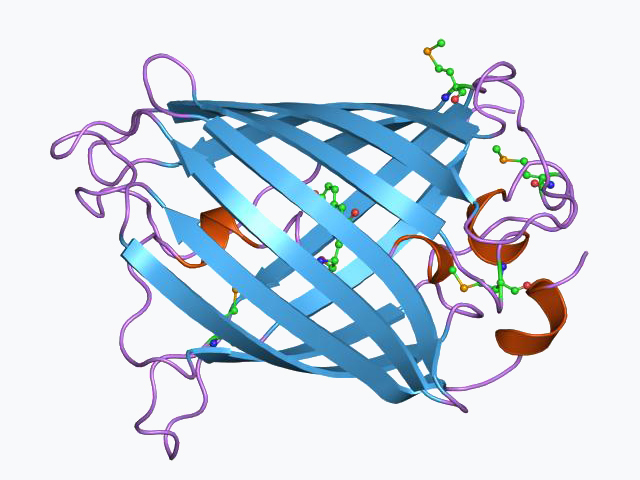 Fluorescent proteins are critical for the creation and analysis of transgenic or otherwise genetically modified insects.  As the genetic technologies become more sophisticated and our experimental designs more complicated our reliance on multiple fluorescent proteins becomes almost routine.

While the range of emissions wavelengths of fluorescent proteins is quite broad, giving us many options in terms of colors, all have unique excitation requirements.  So if we want to visualize EGFP and DsRed in the same trangenic insect we need to make two separate observations using different excitation filters.

What Chu et al. have done is to create an orange-red fluorescent protein that can be excited simultaneously with GFP and detected separately from it.

The characteristics of CyOFP1 are quite interesting.  It has a broad excitation spectrum ranging from 488nm to 526nm with greater than 95% peak efficiency.  For comparison orange-red fluorescent proteins you might be familiar with such as tdTomato are maximally excited in the range of 550nm to 610nm.  Peak emission for CyOFP1 is at 589nm and the average emission wavelength is 595nm.  Because the orange/red color boundary is at 620nm, CyOFP1 is ‘officially’ orange and is actually more red than tdTomato (emission at 581) and DsRed (emission at 583).

Note that EGFP’s excitation wavelength is also 488 allowing both EGFP and CyOFP1 to be simultaneously excited under what we might now think of as “GFP conditions”. 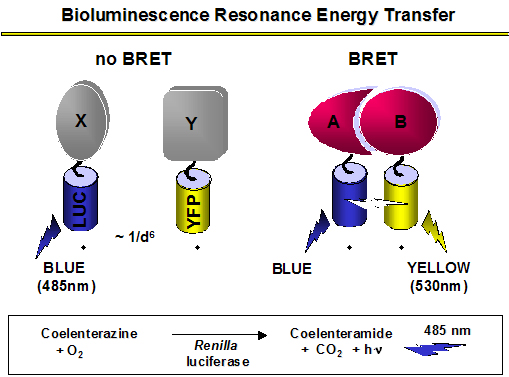 The quantum yield of CyOFP1 is also excellent – 0.76.  DsRed’s quantum yield is 0.70.  It matures rapidly with a maturation half life of 15 min and it works as a monomer.

This protein has great potential for dual emission imaging applications.

Chu et al. also describe their adaptation of CyOFP1 to a bioluminescence resonance energy transfer (BRET) system.  In this case they adapted CyOFP1 as a BRET acceptor for NanoLuc with the intention of creating a improved system for in vivo bioluminescence imaging.  They conclude that their new system which they can Antares produces an order of magnitude more detectable signal than firefly luciferase (FLuc), potentially improving in vivo bioluminscence imaging.

The widespread reliance of insect biologists on fluorescent proteins should make this straightforward paper of some interest since it will likely lead to some new imaging strategies and a look at this paper is likely to be stimulating and encouraging.